BEYOND THE BEYOND: A Mantra Music Experience

This much-anticipated debut album delivers a fun, soulful, eclectic and ultimately transcendent mix of mantra music from the Buddhist, Hindu and Sikh traditions in styles ranging from gospel to rock, traditional, disco and beyond. Known for her rich and powerful voice, Lee sings with devotion, dharma and love, bringing you into a space of devotion and joy!

Conceived at the prompting of the gurus, and produced with mantra music visionaries Gaura Vani and Anthony Molina, BEYOND THE BEYOND showcases debut kirtan artist Lee Mirabai Harrington’s broad range of musical approaches and styles.  The album features eight distinctive tracks, each with its own unique sound and feel. “Om Namah Shivaya (Holder of the Moon)” features the backing vocals of the incomparable Queen of Soul Kirtan, C.C. White and the “Shiva­-esque” guitar licks of Steve Postell. Add the deep tones and bowls of sound healer Philippe Garnier to the mix, and we have a powerful track indeed, designed to invoke the transformative qualities of Shiva. The sweet, meditative lullaby track “Jai Ma” also features the healing tones of Philippe’s singing bowls, tuning forks, windchimes, plus the lovely voice of the kirtan scene’s newest rising star, Radharani. Be prepared to sail away on the blissful sound currents of the Divine Mother. “Govinda Hare,”­­ is an all­-star tribute to the beloved teacher Shyamdas, with Daniel Paul on table and harmonica, Adam Bauer on bass and vocals, John McDowell on keyboards, and C.C. White singing response. You’ll even hear Shyamdas himself in the mix. And if you’ve ever felt like dancing like Nataraj, check out the fun, energetic and cleansing track “Shiva Shakti (Lord of the Disco Dance),” featuring the vocals of Calia Marshall and Helen Tocci of Kirtan Soul Revival, plus soul singers Kim Lesley and John James. Closing the album is the protective Gurbhani mantra “Aad Gurey Nameh,” based on a melody by Yogi Bhajan himself.  You’ll also enjoy the remixes of the three Buddhist tracks from the EP “INTO THE BEYOND” which feature Lamas Karma Drodhul and Karma Thendup of Karma Triyana Dharmachakra Monastery.  May all beings benefit! (Release date: 2/5/16)

Buy Beyond the Beyond

Buy at Spirit VoyageBuy on iTunes
Buy on Amazon 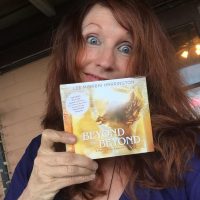 Click edge of image to advance through each slide.

BEYOND THE BEYOND was included in the top ten “BEST OF 2016” list by Gary Goldberg  (of WRPI’s “In The Spirit” radio).

BEYOND THE BEYOND was included in Lloyd Barde Productions Annual “BEST OF” list for 2016 in the VOCAL/CHANT category.  The album is #13 on a very impressive list that includes #WhiteSun, #Enya, #TInaMalia, #AjeetKhalsa. #TrevorHall and #miten.

Harrington’s vocal arrangements are perfect. Although [she] is a newcomer on the devotional music/chant scene, her [album] release shows depth and maturity. BEYOND THE BEYOND reminds you that mantra can be communal and exhilarating as well as private and mysterious.

Lee’s music transports the listener to a beautiful celebration of inner peace and uplifting joy.

Last night’s kirtan [with Lee Mirabai Harrington] was absolutely celestial. When chanting to the Divine takes me to that place where I can no longer tell whose voice is whose, including the sounds coming out of this mouth, when the boundaries are dissolved because the Shakti is flaming, THAT for me is the heart and soul, the pure rasa of kirtan. Then Lee’s layering of her beautiful improvs on the top was like sprinkling angel dust over us. Thank you!

[BEYOND THE BEYOND] is a stellar first offering from a humble, compassionate, strong Goddess with a voice that shoots straight to the soul. 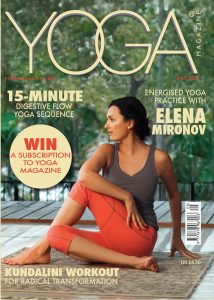 A wonderful album….Harrington’s mesmeric voice [takes] you on a spiritually inspiring musical journey, and the album perfectly suits the pace of a yoga flow class. Highly recommended!

Lee Mirabai Harrington brings a spirited and devotion-infused approach to mantra singing. Her beautiful voice and heart combine with the depth of the ancient healing mantras that she sings, to produce a magical experience for the listener. I love Lee’s kirtans and her new album!

We love the style and diversity of this album! Beyond The Beyond: A Mantra Music Experience is a beautiful addition to every yogi’s music library!