Hailed as “one of the best kept secrets in the chant world,” Lee Mirabai Harrington is a vocalist, author, healer, and teacher who has been a student of Eastern wisdom traditions for decades. She has sung mantras for His Holiness Karmapa at Madison Square Garden and at Amritapuri for Amma.  Known for her heart-opening voice and warm, compassionate teaching style, Lee offers a blend of music, mantra, medicine, meditation and dharma to teach everyone how to bring more healing into the world. A published author (Random House), she leads kirtans and mantra workshops at festivals, retreat centers, churches, cultural centers and dharma centers worldwide.  Her first album, BEYOND THE BEYOND, was released to critical acclaim in 2016 and was included on several “best of” conscious music lists that year.

She has offered kirtan and Buddhist mantra workshops at Kripalu, Omega, Sivananda Bahamas, Karma Triyana Dharmachakra monastery, Tibet House, the Won Dharma Center, Kagyu Sherup Choling, Integral Yoga Institute, Satchidananda Ashram/Yogaville, the Meher Center, Unity Church, and countless yoga studios and healing centers. She has also offered kirtan and workshops at such festivals as Bhakti Fest, Shakti Fest, and Ahimsa Yoga and Music Festival.  Her practice of Sowa Rigpa (Tibetan medical) mantras also adds a level of profound healing for those who attend her kirtans. Her kirtans have been described as “darshans,” “transmissions” and/or “journeys into the Pure Lands” (she extends all credit to her gurus and divine guides). Her voice has been described as “healing, otherworldly and transcendent.” 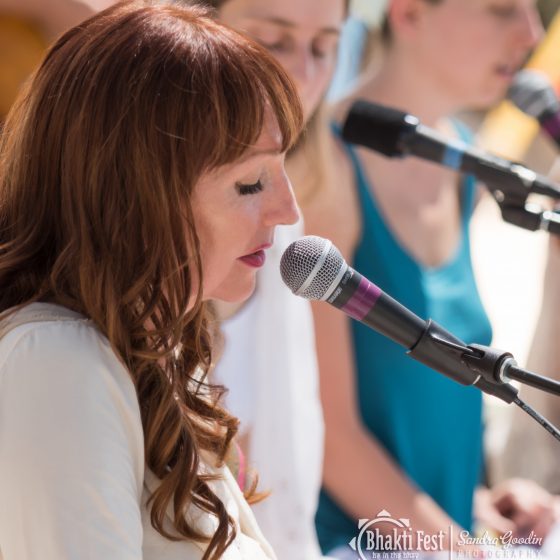 BEYOND THE BEYOND: A Mantra Music Experience

This much-anticipated debut album delivers a fun, soulful, eclectic and ultimately transcendent mix of mantra music from the Buddhist, Hindu and Sikh traditions in styles ranging from gospel to rock, traditional, disco and beyond. Known for her rich and powerful voice, Lee sings with devotion, dharma and love, bringing you into a space of devotion and joy!